March 2014 – Future Metals, LLC, a raw materials distributor to the aerospace industry, has opened its ninth worldwide distribution facility, sixth in the US. The new location is in Dayton, OH and boasts more than 28,000 square-feet. Opening its doors January 13th, 2014, Future Metals’ newest addition offers not only distribution but value added services such as cut-to-length and JIT deliveries as well. “Our Dayton facility opening was a strategic move in order to support our customers by streamlining first operations straight into production” says Dayton branch manager, Dave Wallace. Such initiatives will be possible through daily deliveries from Future Metals to its customers in the area. 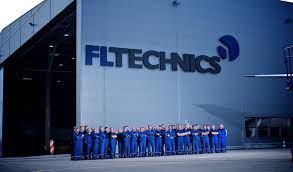 FL Technics, a global provider of tailor-made aircraft maintenance, repair and overhaul services, has been selected to act as an... read more

Future Metals is proud to be exhibiting at the 2017 Paris Air show in June. Come see us at booth... read more

Future Metals is proud to be exhibiting at the 2017 Paris Air show June 19th-25th Come see us at booth... read more